Skip to the end of the images gallery

Skip to the beginning of the images gallery

Be the first to review this product

A powerhouse built for your creativity

Have a closer look at the new ASUS Chromebook Flip C436. It’s the ultra-light, ultra-compact, and ultra-powerful Chromebook. Take in the details of its precision-crafted magnesium-alloy chassis, and be awed by the might of its powerful Intel® processor. Its versatility is unparalleled, allowing you to use it in laptop, tent, stand, or tablet mode for work and play.

As well as sleek looks, comfort and ergonomics are a priority with ASUS Chromebook Flip C436. The precision-crafted chassis has a dual-tapered design, with the body and lid meeting to form a V-shaped edge that makes it easier to open the laptop.

The four-sided NanoEdge display design gives ASUS Chromebook Flip C436 an even smaller footprint than you'd expect, bringing you all the benefits of a 14-inch FHD display in a 13-inch chassis.

Unbounded vision with the NanoEdge display

Designed to give you the most screen area in the least physical space, the new four-sided NanoEdge display is simply breathtaking: it makes any visuals more immersive, with less distraction for your eyes. The ultraslim bezels are just 4.9mm thin1 at the sides for a near-borderless experience, and the crisp, clear, high-resolution screen gives you a beautiful creative workplace.

Featuring a precision-engineered mechanism, the versatile 360° ErgoLift hinge on ASUS Chromebook Flip C436 has a silky-smooth action that holds the display securely at any angle. This innovative hinge has a dual action that lifts and tilts the keyboard into the perfect typing position when the display is rotated into laptop mode. It also helps enhance the powerful audio, by creating extra space underneath the laptop.

The 10th Gen Intel Core i5 processor makes ASUS Chromebook Flip C436 an ultra-powerful Chromebook. Combined with the full power of G Suite and other productivity apps from the Google Play store, ASUS Chromebook Flip C436 lets you breeze through whatever task awaits. This Project Athena laptop can even run for up to 12 hours on a single charge, so you can work or play throughout the day, even when you’re on the move.

Reviews
Write Your Own Review
Only registered users can write reviews. Please Sign in or create an account 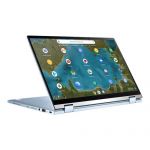 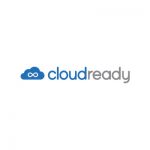 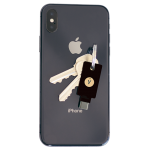 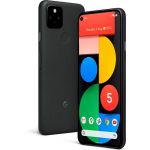